Coming Soon: City of the Living Dead (R2/UK BD) in May 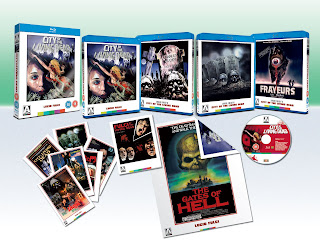 Fulci classic City of the Living Dead will be released on two-disc DVD (£17.99) and single-disc Blu-ray (£22.99). The full list of extras is as follows:
UK exclusive features directed by Calum Waddell and edited and produced by Naomi Holwill with associate producer Nick Frame.
Posted by GPR79 at 08:54